The words which make us 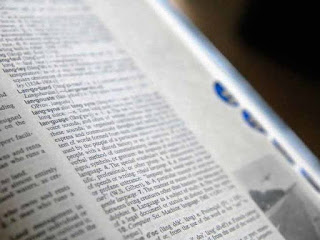 Naturally enough we strive to define the world around us through words which have fixed meanings. But our lives and the world we live in are in constant flux. Even in these times when we are secluded in our homes, we are more than ever marching towards uncharted waters. In some ways this gives us the luxury to contemplate change, possibly a dramatic collapse of aspects of the neo-liberal order, but we are inevitably faced by the limits of our vocabulary. So there is an inevitable conflict between the stationary state of the dictionary and change both in personal and historical narratives. We have a limited number of words for such a wide variety of hues and experiences. Not surprisingly the Inuit are said to have 50 different words for snow. Perhaps the more we live in a confined space, we also start observing hues of which we were largely not aware. Even while walking everyday in my hometown i started noting small architectural details which had escaped my field of vision. Also in the stationary state we are confined we are likely to reflect more in the different hues in our relationships with each other. For example the word friendship-something so valuable in corona times, comes in so many different hues and intensities, the kind where you can talk about the meaning of existence until the sun came up, the kind where you laugh yourself to bits and the kind which anchor you to different aspects of reality.

The same applies to domestic life where fixed definitions disguise so many different ways of living this experience. What is awkward in these times is that in a moment of enforced segregation, we have also more likely to virtually bring in work and friends in to the domestic sphere, in what is reminiscent of older times when work was also carried in the home and when the home was part of the neighbourhood. So is the return of the balcony as a sphere of interaction, a space from where the outside world can be seen and from where we seek to establish a connection.

Yet more often than not we have only one word for very complex human interactions. Moreover the meaning of words is socially determined, often reflecting not just what is generally expected by society but also deeply ingrained power relations. Some cultures do not have a word for property. Others like the Na in China do not have words for fathers or husbands because these roles do not even exist. But while the economic and social infrastructure is reflected in language, in other ways we are ruled by and through words. Therefore at best language provides us with a map to navigate one particular aspect of a multi layered reality. Somethings are in fact best experienced through silence. But it also shapes the way we perceive that reality. Words can sometimes help us articulate thoughts and emotions but they can also act as a prison. Probably we are living in a productive time when new words will be created. This may be the best indication that the times are changing.

Coining new words to reflect the many different hues in this sense becomes a revolutionary task. In this there is a lot to learn from the LGBTQI movement which has managed to re-define human sexuality by giving the plurality of identities and experiences a name. It is something which the new left and counter culture of the 1960s started by questioning not just capitalism and patriarchy but also their ramification in every day life and choices. Some are suspicious of so-called identity politics, fearing an erosion of collective struggles as if these universal causes depend on rendering the "others" who live in our midst invisible. Even worse is the assertion that giving recognition and standing up for the others by they immigrants or other minorities, weakens the movement. In fact this is one case where 'silence' becomes an accomplice of oppression. Unforunately in times of contagion, there is also a risk of increased invisibility for those whose existence remains a token, something we can only afford to be concerned with when the good times return.
Posted by james debono at 9:05 AM