Glimpses from the train


“Like you're riding a train at night across some vast plain, and you
catch a glimpse of a tiny light in a window of a farmhouse. In an
instant it's sucked back into the darkness behind and vanishes. But
if you close your eyes, that point of light stays with you, just
barely for a few moments.”

Reality is what it is but its full of glimpses. The train still keeps moving ahead to its intended destinations (which is ultimately non existence) but there is a duty towards life to collect as many sparkles which on their own can take you on so many other voyages on so many other planes. Moreover the train itself may be the problem; its speed can also be slowed. That is where the personal and the political merge. More time.
Posted by james debono at 11:51 PM No comments:

As someone interested in history, i am obsessed with the nexus between time, space and culture, as it is within these three dimensions that our lives actually take place. There was a time when fruit was seasonal, time passed according to the rhythms of church bells and even the night was pitch black and often lived as a distinct time zone, often haunted by its own spirits. Moreover people had much shorter lives which could easily fit in to a more rigid pattern. But the increase in life expectancy raises new questions on ageing which often becomes a process people seek to defy. Even ecological threats are often reduced to a 'doomsday clock', which may be reminiscent of millenarian movements in the middle ages but is based on an entirely different understanding of time, something unstoppable but which can be defied, not something divinely set according the rhythm of an enchanted world. We live in an epoch when time, no longer seasonal or dictated by the sacred, is unstoppable. Life becomes a race against time which constantly keeps running out. Space becomes the container for the aspiration to amass as much experiences (often reduced to consumable ones) as possible. Space is also shaped and carved in a way to ensure maximum accumulation for those who live within it, often to the detriment of others who are associated with risk, danger and a threat to our individualized time-line. That is why people are obsessed with borders to ward off disease and instability, while at the same time seeking global experiences which render the world in to a playground for tourist hordes. Still reclaiming time may well be one of the next greatest transformations. Giving everyone a basic income would enable the masses to set up their own pace of time. So would reducing the working week. People would have more time to spend with family and friends. But I suspect that any transformation depends also on redefining time, for other wise even free time will recolonised by capitalist accumulation. It also depends on redefining space, for the risk would be that change will only take place in privileged enclaves to the detriment of the excluded others.
Posted by james debono at 11:52 PM No comments:

What really gets me in to books particularly certain novels is the experience of experiencing a multiplicity of emotions and memories, which after being experienced are stored on the book shelf. Some characters and the emotions they trigger continue their life as part of my own memories. Others are forgotten but even these continue lurking in some compartment of the mind. Looking at the book shelf is a always a source of wonder, at all the characters created by other people which became a part of my life.

Sure there is another side to reading, a somewhat escapist one. For what's the use of creating your own narrative when there are so many extraordinary stories which can be lived sometimes even more intensely than reality itself, especially when this becomes repetitive and boring.

The feeling is captured in Orhan Pamuk's The New Life:
"Sometimes I sensed that the books I read in rapid succession had set up some sort of murmur among themselves, transforming my head into an orchestra pit where different musical instruments sounded out, and I would realize that I could endure this life because of these musicales going on in my head.”

Posted by james debono at 11:38 AM No comments:

Graffitti, that 'something' which keeps becoming

It feels so good that Graffitti is writing its own history, obviously written from the perspective of the present. Despite a few omissions the recent documentary “R/Evoluzzjoni’ on its 25 years of activism, is well produced and does capture the general drift.
Of course from the perspective of someone who lived through the initial years of the movement along with some other towering figures (like Michael Briguglio, Mary Grace Vella, Mark Vella, Silvan Agius and so many others), there is one notable change which deserves further analysis.
Graffitti originated as a dysfunctional ideological movement, somewhat similar to left wing continental groups in the late 1960s and 1970s, which drifted in a plurality of directions (ranging from militant struggles directed at the heart of the state to reformist green politics) in subsequent years.
It was also transposed in to the barren political landscape of the 1990s. It could have gone in so many directions and was super charged by a mixture of existential questions, personal quests and powerful egos, meeting of minds and wills, counter cultural life styles and ideology. It was an explosive mix which for me was for a time all consuming.
In many ways it was a ‘band’ keen on giving shocks to the system. I recall for example waking up with a hang over, with 5 others to protest malta’s international stance against abortion and for a while being scorned as pariahs…or packing up my books before embarking on the Hilton hunger strike...or attending a youth festival in Cuba where we met first hand with what remained of real existing socialism which ended with me delaying a whole plane after leaving my bag full of treasured T shirts at the airport….There was also a tension between intellectual curiosity and dogmatic certainities, many times playful but sometimes oppressive.
25 years on Graffitti is no longer dysfunctional. It has inserted itself in the social fabric and thrives on alliances and an ecosystem which is also nurtured by a wider network which also includes people in the media and the institutions. Some may even say that Graffitti would be better off as a more moderate organisation able to attract mainstream people.
Sure that perspective originates in some of the campaigns of the early 2000s in which the original band was still the driving force. The departure of some of the early protagonists (most of which joined Alternattiva in a similar way as many far left activists did on the continent ) did for a time resurrect the anarchist streak which always refuses to die away (and thank god for that), but eventually Graffitti did settle down as an effective community organiser which is able to speak to people rather than just shock them, more of a facilitator than a vanguard keen on converting the masses to the right path.
Still the aesthetics of revolution still haunt the imaginary of this group. Without it, it would not have lasted so long. It is what gives these fine people a sense of purpose and belonging. It is also that flame which I personally still find so seductive.
Ultimately it is the seductive appeal of ‘the revolution’ and the counter cultural streak which makes graffitti what it is; a rhizome which thrives on multiplicity.
It cannot ever be just another reformist environmentalist or social activist group but it a ‘something’ which has deep roots but which is still pregnant with opportunity and the prospect of becoming. It can be both a particle and a wave.
As Deleuze and Guattari observe a 'rhizome has no beginning or end; it is always in the middle, between things, interbeing, intermezzo.'

Posted by james debono at 1:21 AM No comments: 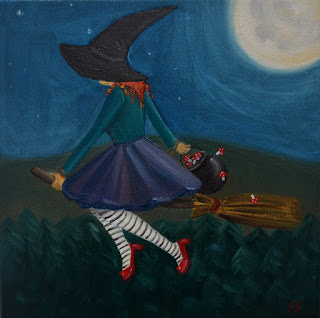 Posted by james debono at 11:59 PM No comments: